My mom and I decided to hit one last tourist attraction before she headed back to the states. We took on Toledo.

Like the savvy tourists turned locals that we were, we took the metro to the Atocha Renfe train station and caught the first high speed train to Toledo.

So we arrive in Toledo at the (one-room) train station and hail a cab. Our first destination is the Monasterio de San Juan de los Reyes. The cab driver was very friendly and informed us that the monastery would not open until 10. Just 15 minutes early we walked around the area. Apparently nothing in Toledo is awake and open before 10 a.m. We found our way to a vacant park with graffiti on the signs and the playground, but just past the destruction was a beautifully panoramic scene. And for a moment, there was complete peace.

10 am, peaceful moment ends and we (officially) start our day.

The Catholic Monarchs, King Ferdinand II of Aragon and Queen Isabella I of Castile commissioned this beautiful monastery in the year 1476. They dedicated the monastery to St. John the Evangelist for use by Franciscan friars. Upon entering the building we first walked through cloister and admired the beautiful garden in the center surrounded by vibrant orange trees. The sunny day made this holy place even more inviting.

After walking around the courtyard of the monastery, we then entered the nave of the church. Standing completely still, we stared in awe of the intricately gilded alter and the uniquely carved walls of this holy room. We walked around and explored each side chapel, dedicated to different saints with beautiful artistry and solemn reminders of Christian living. My favorite of the side chapels had a small quote from St. Anthony of Padua.

“A Christian’s greatest danger is that he preaches but does not practice, that he believes but he does not live according to his beliefs.

A faithful Christian, illuminated by the crystal light of grace must illuminate others with his words, by his actions, and with the light his example.”

A few more moments of prayer and sweet solemn reflection and we silently left the monastery.

As we are purchasing our tickets to the cathedral, the (not so) friendly attendant asked if we wanted to go in the tower of the cathedral. YES OF COURSE WE DO!

This is how I envisioned our trip to the top of the tower:

This was the reality of our trip to the top of the tower:

Halfway up the winding (and somewhat claustrophobic) staircase, I thought about giving up. But I am glad I didn’t. When we reached the top, the small staircase opened up into a giant bell tower with an enormous aged bell in the middle surrounded by several smaller bells. Through the window openings we could look out onto the city. The work out was definitely worth the impeccable view of the city and my long lost dream to play the (Spanish version) of the Hunchback of Notre Dame. (This walk also meant more room for chocolate and churros later!)

Look at the size of that bell…

Don’t worry…the walk to the top burned this off!

Yep…we walked to the top!

After our excursion to the top of the tower, we re-entered the cathedral and first went into the treasure room. There, in the treasure room, was the most magnificent monstrance I have ever seen (as well as other jewels, chalices, figurines and more). The monstrance was commissioned in 1515 and was made with the first gold to arrive from America. It is 2.5 meters high, made up of 5,600 pieces and joined by 12,500 screws. Once each year, they bring out the monstrance for adoration…I can’t imagine the pressure on the person/people responsible for carrying it!

Construction on the cathedral itself began in 1227 and is absolutely magnificent. But a picture is worth a thousand words, so check out these beautiful images.

So after a long hike around the whole building of Alcázar and a short detour to the top of the library for a skyline view of the city (see pictures below), we finally realized that the only was to go into the Alcázar was to go to the Museo del Ejercito, or the military museum.

Now I would not suggest moving slowly throughout this museum, as Spanish military history can get a little dull (to say the least) after room number 2 or 3…and there are 9 floors of this museum. Instead, we picked up the pace and glanced at a few Spanish military uniforms and found our way to the beautiful top deck where we got this panoramic. Viva España! Am I right?!

Off in the distance, we spot a beautiful bridge. The Romans built the bridge, the Puente de Alcántara, after they founded the city. In the Middle Ages it was one of the few entrances into the city. Since the city is sitting on top of a hill, we leisurely walked downhill the whole way to the bridge where we enjoyed impeccable views of the walled city of Toledo. Let’s just say that the walk back was not quite as leisurely.

Before we called it quits, we ate lunch at a restaurant overlooking the Puente de Alcántara, the river, and vast land outside the city. With some fresh bread, a little beer and lots of jamón, we concluded our trip to Toledo and headed back to Madrid via high-speed train.

Taking on Toledo: Success. To hear more about my trip so far, check out my next blog, Estudios a Antonio de Nebrija Universidad.

One response to “Taking on Toledo” 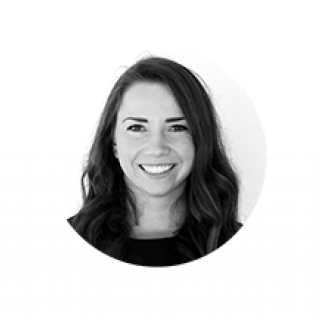